Sugar: A Cause of Weight Gain 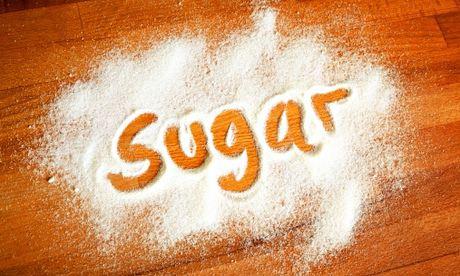 But I don’t add ANY sugar…

In the battle of the bulge, fat has historically been perceived as the enemy, so you moved over to low-fat or fat-free where-ever you could. Yet, the weight did not shift dramatically. Now they are saying that the culprit is sugar. However, you hardly add any sugar to your diet….so what’s going on?

In 2010, the estimates put the consumption level of sugar at almost 60kg per person per year (that includes cane sugar, corn-derived sweeteners and honey or other edible syrups) in America. And although it probably is not that high in South Africa, we did rate the 3rd highest in obesity in the world, so we should take note of this research.

Where to Find Added Sugars in the Diet

A 2013 study published in the Journal of the Academy of Nutrition and Dietetics looked at the consumption of sugary beverages (excluding artificial sweeteners) from the National Health and Nutrition Examination Survey (NHANES) found the following:

(Fast fact: did you know the TOP selling product in South African supermarkets, is a cola drink?)

It appears to be that the decrease in sugary cool drink intake, has simply been replaced by sport drinks and fruit juices – thus, we are going nowhere slowly with reducing sugar intake.

In addition to the sugars coming from beverages, added sugar has also found its way into many processed goods, such as cakes, cookies, ready-to-bake mixes, commercial desserts, as well as breakfast cereals, energy bars, granola bars and pre-packaged snacks.

Besides contributing to weight gain over time, high sugar intake usually have metabolic effects, which increases cardiovascular disease risk as well as diabetes.

How Much Weight Can be Lost by Cutting Sugar?

The actual impact of cutting sugar intake will vary from one individual to the next. The estimate is that switching from sugar-sweetened drinks or flavoured milk to plain 1% or fat-free milk or water between meals saved an average of 205 kcal/805 kJ per day. That’s almost 500g of weight loss each week!

A 2012 study reported on the “sensory intensity” and overall liking of two different foods: dark chocolate and cheddar cheese. They gave volunteers water to drink at different temperatures (iced, room temperature, or hot) and then rated the volunteers’ perception of the foods. They found that ice cold water decreased the perception of sweetness, creaminess, and “chocolateyness” of the dark chocolate – thus is might lead to over-eating to get to that sweet taste.

Be on the lookout for what you drink and added sugar in the foods you eat. Make it a point to prepare your foods and drinks yourself to manage how much sweetener you add. It seems like your taste or ”need” for sugar will increase the colder the food!

END_OF_DOCUMENT_TOKEN_TO_BE_REPLACED

END_OF_DOCUMENT_TOKEN_TO_BE_REPLACED
Back to our blog
View Cart Checkout Continue Shopping