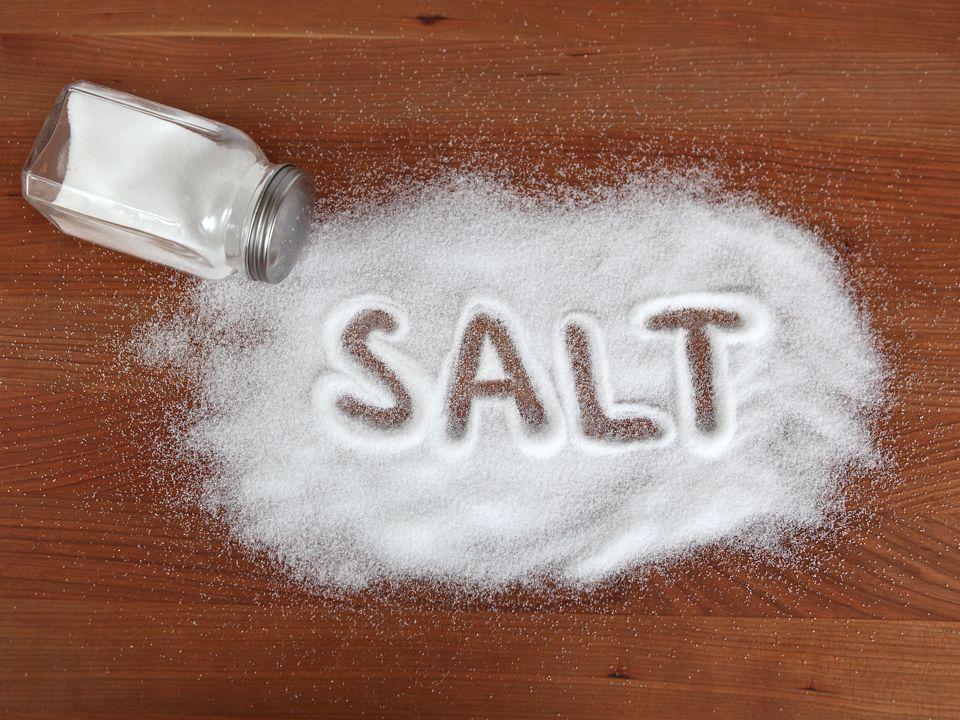 Common table salt is a mineral composed primarily of sodium chloride.   Both these minerals are essential to health – without it, you will not be able to survive.  However, too much sodium can raise blood pressure which can have serious health consequences and is also associated with many other diseases.

Despite what many people think, use of the salt shaker is not the main cause of too much sodium in the diet. In fact, 77% of dietary sodium comes from eating packaged and restaurant foods, whereas only a small portion (11%) comes from salt added to food when cooking or eating.

The Processed Food Industry  rely on the mineral extensively for many reasons:

Salt does add flavour, but it also masks certain bad tastes from coming to the surface.  For example, often tinned soup without added salt can have bitter and metallic tastes, but the salt in the final product covers it up.

Dozens of sodium-based compounds are added to processed food to delay the onset of bacterial decay, to bind ingredients, and to blend mixtures that otherwise come unglued, like protein and fat molecules in processed cheese.

In the formulation of food products, the bliss point is the amount of an ingredient such as salt, sugar, or fat which optimizes palatability.

Is there a ‘bliss point’ when it comes to salt?

Salt does have a bliss point for each person, but it appears to be somewhat flexible and it can   be increase through increased salt intake – so the more you eat, the more you need to eat to keep the bliss point.

END_OF_DOCUMENT_TOKEN_TO_BE_REPLACED

END_OF_DOCUMENT_TOKEN_TO_BE_REPLACED
Back to our blog
View Cart Checkout Continue Shopping